Back to all posts

Her full name was Josefa Peña Reyes (Utrera, 1937-11/7/2016), she was part of a deeply rooted Utrera and Lebrija gypsy family. Her grandfather was Fernando Peña Soto, the legendary “Pinini”, who is mentioned in many stanzas of the traditional flamenco styles originated in this area of Andalusia. He himself is attributed the creation of a form of cantiñas. Pepa is also first cousins with the great Fernanda and Bernarda de Utrera, and the siblings Pedro and Inés Bacán, guitarist and singer respectively, from Lebrija. She obviously grew up in a family in which flamenco singing was part of daily life. She became a singer at a very early age, although didn’t become a professional until later on in her life, encouraged by her cousin Pedro Bacán.

I had the joy of attending one of her performances at the Peña Flamenca Torres-Macarena in Sevilla around 1994. I witnessed there her particular interpretation of fandangos in soleá rhythm, which used to be one of her signature styles. We can listen to her in this video of a Flamenco "juerga" or party.

This set of bulerías Pepa de Benito offers us in this recording below is a perfect example of the styles we can hear in towns such as Utrera and Lebrija, in the Andalusian province of Seville. We can find this recording in this track’s namesake album “Yo Vengo de Utrera”, Harmonia Mundi (1999).

I'd like to invite you here on an analysis of each "letra" in this recording. First, let's listen!

The vocal introduction in this bulería is actually an excerpt from an “alboreá” or gyspsy wedding song.

This is a very traditional set of bulería lyrics from the city of Utrera.

Bulería coletilla (tag or refrain), this is a melody that will repeat with different lyrics all throughout this recording.

This is another set of traditional bulerías. We can hear this melody and other similar ones with slight variations, as well as different sets of lyrics, in many tradicional Flamenco repertoires from towns and neighborhoods such as Jerez, Cádiz, Triana in Sevilla, or artists from other Spanish cities in and out of Andalusia.

This stanza is an example of “bulería romanceada”. This set of lyrics is not that of a “romance” or ballad per se, yet it is interpreted with the typical melody in which “romances” are performed. It is the same melody as in the very popular “Esta noche mando yo, mañana mande quien quiera” a “bulería romanceada” as well.

This Coletilla is an excerpt from the “Romance de las Tres Cautivas.” We will elaborate more extensively about this subject down below.

This stanza is another example of an “alboreá” or wedding song. These lyrics are referring to a bride’s “responsibility” to protect her virginity.

As it happens in most traditional Flamenco styles, that are comprised of medleys of independent stanzas with full poetic meaning, we find here a “romance”. This is a fragment of an actual medieval ballad, “El Romance de la Cautiva”- The Ballad of the Captive Girl (go to the section (II) of this link). They were kept from one generation to the next by oral tradition, as well as by a guild of mendicant blind singers that not only in Spain, but in the rest of Europe and the Americas, used to sing these ballads in the streets, squares and markets. With the arrival of the printing press in the Mid 15th Century, a whole literature genre was born, “la literatura de cordel” (this refers to the way this literature was sold hanging from a peg and thread). 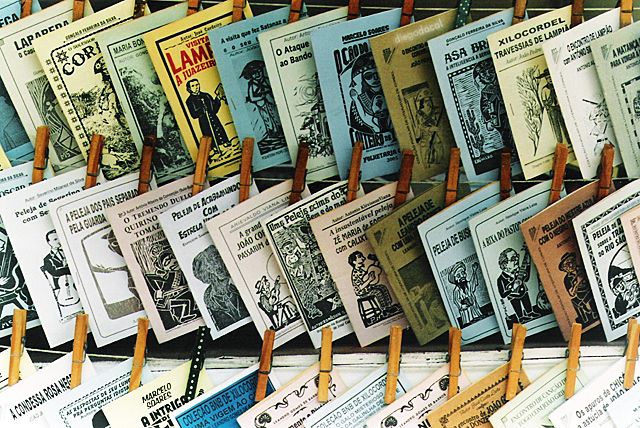 These were chapbooks or small pamphlets in which one could find not only old ballads, but also actual news and events in ballad format, that blind singers used to sell as well as sing accompanied by guitar, fiddle or rabel playing.

Once the arrival of newspapers, radio and, of course, TV, these blind singers went out of business. Flamenco gypsy families kept this ballads as part of their oral tradition and within their repertoire of Flamenco forms up until today.

This next set of lyrics comes directly from another ballad, “El Romance de las Tres Cautivas”-The Ballad of the Three Captive Girls (go to this link, where you could find not only this lyrics, but the “¡Ay! A la verde oliva” we find above). We can also listen to a version of this ballad, recorded on video by folklorist Joaquín Díaz, and interpreted by Felicidad Carretero near the Castilian city of Valladolid.

We must take in account these melodies are not by any means the origin of the Flamenco interpretation of this ballad, but a different take on the same piece of traditional literature. They may very possibly respond to totally different, unrelated musical traditions.

Closing “alboreá”, used here as a refrain to “rematar” or give an ending to this series of bulerías.

Bibliography and links of interest: